Maps of Dartmoor show ground features as symbols which most of the time are self explanatory, at least once you have seen an example. Those new to Dartmoor may appreciate to know what to expect when first visiting the Moors of South West England. Below is a list of features as seen on the ground.

These can exist in a few varieties, sometimes a masoned finish is achieved, otherwise they are rough finished. 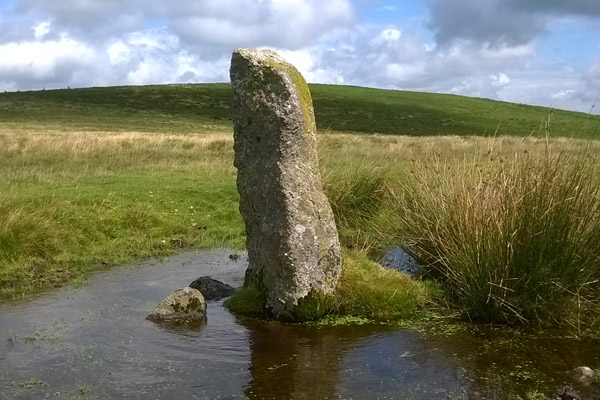 Sometimes referred to as: cross, cross restored or as a named cross. They are often some six feet in height and ususally along old bridleways. 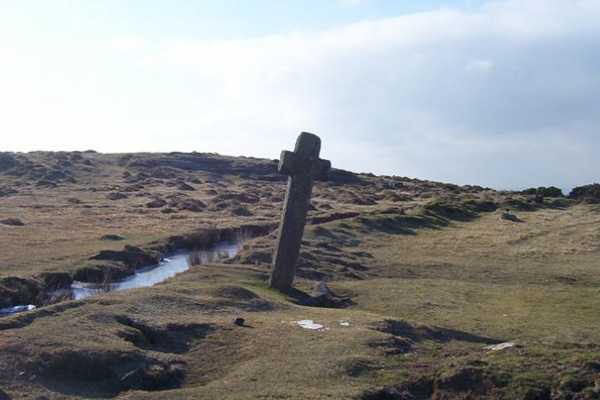 Leats on Dartmoor are a means of supplying water from one place to another through the use of a constructed river bed running at a shallow gradient to keep ensure maximum transport distance from the supply. The supply is nearly always a small stream near to it’s source. Leats can be either working still supplying water or just as commonly abandoned dried-up and overgrown.

A working leat on an OS map will always be shown in blue however their behaviour on the map can often be predicted by how closely they follow the contour lines. Working Leats often have a series of footbridges regularly spaced along their path. 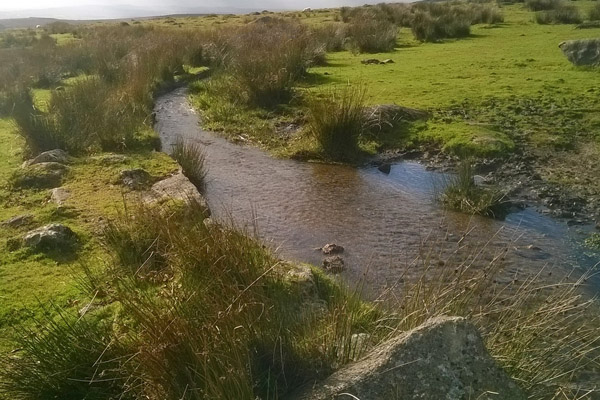 An abandoned leat is not always the easiest of things to spot. On maps they are shown as black lines, rather similar to a stone wall or fence. Again the principle clue in spotting them from stone walls on an OS map is their tendency to follow contours and then to end abruptly. On the ground they are just as notorious to spot. A shallow depression running parallel with the edge of a hillside is often all you can see. If you look further a small run of granite boulders will often prop-up the lower side of the depression. Lastly soft-rushes and damp patches after rainfall may give the leat away. 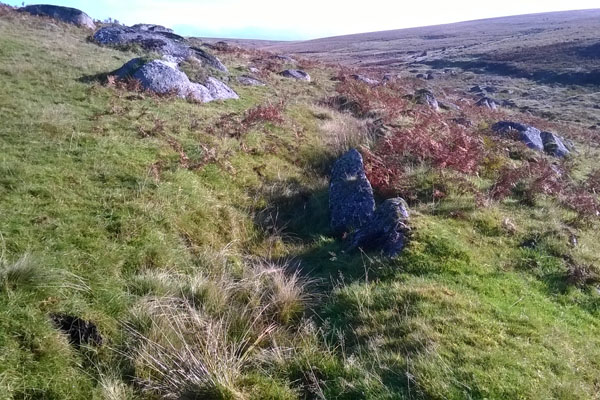